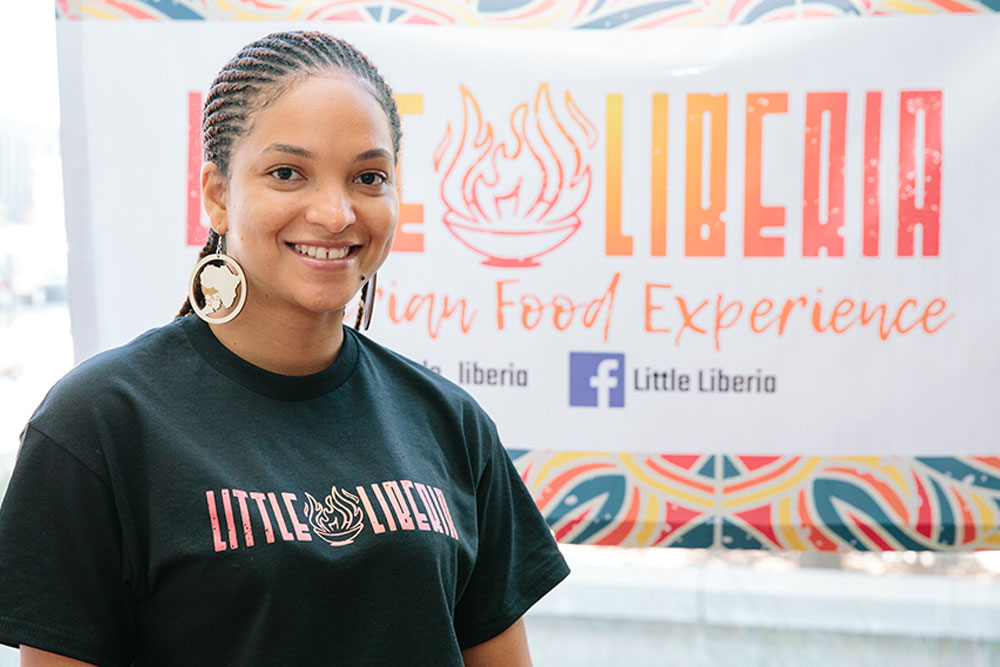 Little Liberia has just been crowned the winner of the 2022 Comerica Hatch Detroit Contest, taking home the $100,000 grand prize from Comerica Bank to open the brick-and-mortar business of their dreams in Detroit.

As the winner of the 10th annual Hatch Off, Little Liberia will receive $100,000 from Comerica Bank and a package of pro bono support and counsel from Hatch Detroit powered by and its partners to bolster its opportunity for success. The annual contest supports brick-and-mortar business growth in Detroit, Highland Park and Hamtramck.

Little Liberia is an Afro fusion pop-up restaurant looking to find a permanent space to introduce Liberia’s rich multicultural cuisines to the people of Metro Detroit. They serve authentic Liberian dishes, a cuisine whose heritage is a mixture of African, Caribbean, and Antebellum-South African American influences and would serve as the first ever Liberian restaurant in Michigan.

Owner and founder of Little Liberia, Ameneh Marhaba, decided to open a business back in 2016 when she started hosting pop-up dinners as a means to pay bills. She continued to pursue her business and love of cooking and hopes to open a storefront in Midtown, Greek Town or Corktown. Marhaba draws business inspiration from Hatch Detroit alumnus, Mamba Hamasi after his success in the Detroit small business community with Baobab Fare.

“We are eager to support and spotlight Little Liberia as the newest addition to the city’s growing small business environment,” said Vittoria Katanski, executive director, Hatch Detroit. “After 10 years of the Comerica Hatch Detroit Contest, it is so evident how strong and deep the entrepreneurial spirit in Detroit runs, and Little Liberia is a prime example of tenacity and hard work paying off. As an organization, Hatch Detroit continues to support its alumni and winners even after the competition, and we look forward to seeing where this victory takes Little Liberia.”

Little Liberia was announced as the winner in front of a live audience at the contest’s Hatch Off event that took place Thursday, July 21 at the Wayne State University Industry Innovation Center in Detroit. The event functions similarly to a ‘Shark Tank’ style pitching competition where the top five businesses had the opportunity to present their business pitch to a panel of judges as well as a live audience. Public voting, along with the judges’ deliberation, determined that Little Liberia was the winner.

“Comerica Bank congratulates Little Liberia as they join the previous nine winners and the special network of Hatch alumni after a momentous and well-deserved victory,” said Mike Ritchie, Comerica Bank Michigan Market President. “After a decade of Hatch Detroit competitions, we are still continually amazed and in awe of the innovators and talent this contest inspires. It’s truly what makes this such a rewarding partnership with Hatch Detroit and TechTown, and we’re overjoyed to support Little Liberia and the other finalists as they work tirelessly to open their doors and join Detroit’s vibrant small business community.”

Ten semi-finalists in the Comerica Hatch Detroit Contest were announced to the public for voting in early June. After tens of thousands of votes were cast, the five finalists, COLFETARIE, Detroit Farm and Cider, Gajiza Dumplins, Lily’s & Elise and Little Liberia were selected by and introduced to the public. A second round of public voting took place and each finalist pitched their business idea live to a panel of judges and an audience of their peers during tonight’s Hatch Off event.

“The overwhelming support and continued success of Hatch alumni is a testament to the sense of community and drive for innovation in Detroit. We’re confident we will see great things from Little Liberia and the other four finalists,” said Ned Staebler, president and CEO of TechTown. “We are so fortunate to be in a city like Detroit where the community rallies around self-starters and rewards ingenuity, and we are thrilled with the results from TechTown’s first year leading Hatch Detroit.”

No comments to show.